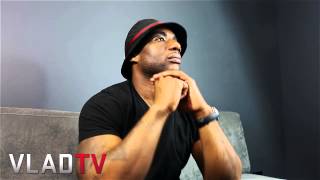 http://www.vladtv.com - Charlamagne shares his thoughts on Chingy's VladTV interview, where the St. Louis rapper revealed that he lost a label deal over rumors that he hooked up with transgender model Sidney Starr. The Breakfast Club host believes the real reason Chingy lost his deal is because he is "wack," and says that no one is looking for the rapper right now.


When asked about his thoughts on the Sidney Starr scandal, Charlamagne says that the rumors would probably have helped Chingy's career if they came out today. He also discusses the prospect of the same rumors coming out about himself. Charlamagne states that he's always been about living your truth, so if he slept with trannies, he would be out in the open about it by now.
Posted by JRay53Tv at 12:33 PM

Your modest donations help keep the machine running! THANK YOU!